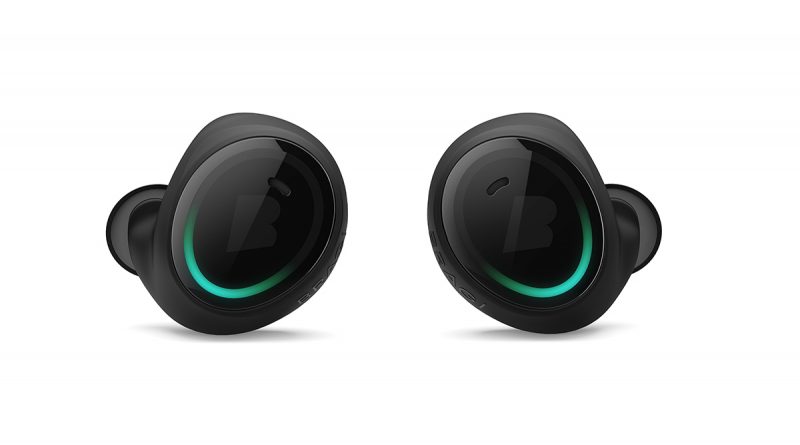 For nearly six months now I’ve been using The Dash as my sole earbuds. Before that I used the headphones Apple delivered with whatever iPhone I owned and I was quite happy with it – so you can see, that I don’t care that much about audio quality. I’ve tried high-end headphones but for me it’s not worth the money, simply because I didn’t hear that big of a difference. YMMV. This applies to everything in the review – it is deliberately subjective and I can’t promise that you will have the same experience but I think I can give you a good overview. If you are an athelete or music enthusiast who wants to know if the Dash is worth it, I’ll probably disappoint you – since I’m neither I probably don’t value the things that are important for you very much.

I really like the packaging – it comes in kind of a book, which shows you the gestures and contains all the accessories:

As I said in the beginning, I don’t care that much about audio quality – 80% of the time I’m listening to podcasts and you may know that these can vary in quality a lot. I simply I don’t care. Plus I’m using the Dash only outside and despite they close off your ears pretty good you still can hear a car driving next to you even with Audio Transparance turned off. Overall I’m happy with the audio quality and I can’t remember a moment where I thought it sounded bad.

Bragi promises up to 4h play time. I can’t prove or disprove this claim – the longest I’ve been wearing the Dash without interruption was a 2 1/2 hours train ride. Apart from that I normally wear them on my way to somewhere and when I arrive I put them back into the charging case. And when I head back home, they are fully charged again.

So far I’ve used the Dash only a few times while running to track my activity but most of the time I use Runtastic, because I want to track my location. And using both is a bit of a overkill, since Runtastic and the Dash keep telling you information, sometimes at the same time. I used a heart rate monitor and the Dash heart rate sensor to compare values, but I don’t know what works better. And to be honest I don’t care.

I was wearing my FitBit One during runs to compare steps and most of the time the difference was around 200-300 steps at a total step count of around 8000. So for now I stick to using the Dash just for music and my phone for fitness tracking. But I find it appealing leaving my phone at home and only take these small earbuds with me. Maybe I will try in the future.

I don’t make or get phone calls very often, so I don’t have a lot experience using the Dash to talk to other people, but I made a few Facetime calls with it, and the sound quality was fine. The person on the other side never complained about the audio quality, so the microphones should be good enough.

This is a great feature. When I’m at a supermarket and go to the cash desk, I just make a swipe on the left earbud and I suddenly can hear all the outside sounds, including the voice of the cashier. I don’t have to take the Dash out of my ears which is something I always had to do with my old headphones, when I needed to talk to someone.

The feature works by recording the outside sound with a microphone and playing it to you – so there is no physical connection between your ear and the world which can be closed or opened – that’s why the noise from outside sounds a bit odd at the beginning.

I could imagine Bragi working on a feature to modify the sound like the Here One does.

The Dash has two types of connections – Bluetooth for connecting the Dash to your phone and NFMI (near field magnetic induction) to connect both earbuds with each other. NFMI is what’s used when you hear audio – it’s transferred via Bluetooth from your phone to the right Dash and from there via NFMI to the left one. That’s why the phone needs to be on your right side to get the best connection. The Dash is too small to have an antenna that’s capable of receiving Bluetooth from far away.

I typically have my phone in my right pocket and this works most of the time – sometimes I’ve the feeling I need to turn it upside down, when I have some dropouts in the connection but maybe that’s just my imagination and something else is interfering with the signal. This happens very rarely and is not that bad.

What happens regularly are dropouts when I turn my head around to the right side (e.g. when crossing a street). As soon as I turn it back, everything is back to normal – I guess my head is blocking the connection and my phone is too far away for a strong signal. If I have my phone above my pants – coat or arm – it works fine when turning my head.

Besides from the dropouts when turning my head, the touch interface is the most annoying thing. Even after six months of using it, I still sometimes tap to pause a track but the gesture is recognized as volume up/down. It took me a while to get used to the touch, because it’s totally different to what I know from phones. For me it works 90% of the time (meaning, recognizing the correct gesture) – maybe I have to improve my gestures or wait for future software updates.

Some quick remarks about stuff I didn’t put in any of the categories above:

The Dash was the first project I helped funding on Kickstarter and it was worth the waiting. Yes, the hardware has ups and downs – that was to be expected. It’s the first product Bragi created and there was not really any other product in this category where you can get insights from before working on your own device. For me this is acceptable, because having no cables dangling around is so great. At no point I wanted to go back using headphones with cables.

You can’t expect the best sounding wireless lightweight headphones off all time at this size – at least not at the moment.

So, if you’re a person who loves listening to high quality music you will be disappointed.

If you expect to listen to music at your desk during a whole workday without charging, you will be disappointed, except you have time to charge during lunch.

But if you listen to music during a run in the morning, on your way to work or while shopping then you will be fine.

Yesterday Bragi also released their newest product – The Headphone – which basically is a simpler version of the Dash. It has no fitness features, no internal storage, but 6h of battery life and physical buttons – plus it’s only half the price of the Dash.